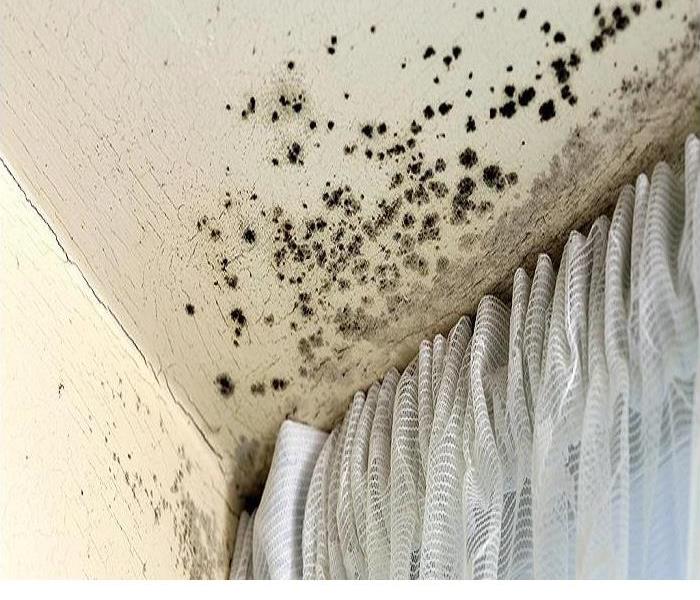 Mold growth and the circulation of particles that carry their toxins.

This could be making people sick.

MIKE MCRAE  As if a sensitivity to their spores wasn't enough of a problem for some people, new research has found the toxins produced by mold sprouting in the damp corners of your house can also become airborne.

The discovery could help explain what is referred to as "sick building syndrome", a broad collection of symptoms that appear to increase in severity the longer a person occupies a room or building.

A team of French researchers has found evidence that particles shed by several species of fungi (that we'd commonly think of as mold) can contain chemicals called mycotoxins, and that the toxins themselves can also become airborne.

For people with asthma and other allergies, the mold particles themselves can be a nightmare, inflaming the lungs and sinuses and causing anything from sneezing and itchy eyes to restricted airways and asthma attacks.

This is usually caused by the body's immune system becoming sensitive to compounds in the spores and hyphae or to waste products called microbial volatile organic compounds, and not specifically the mycotoxins.

Usually, mycotoxins are substances we'd associate with food contamination as they leach out of fungi growing on fruit or grains. Nobody is sure why fungi produce them, but consumed in high enough concentrations they can be deadly.

While their effects on the body after being ingested have been studied extensively, less is known about the effect of breathing in mycotoxins, or whether it's even something to consider as a potential health concern for most of us.

"There is almost no data on toxicity of mycotoxins following inhalation," says researcher Jean-Denis Bailly from the National Veterinary School of Toulouse, France.

Of the little data that does exist, most research has focused on the kinds of fungi found in agriculture. These numbers have contributed to what's called a concentration of no toxicologic concern (CoNTC), which is 30 nanograms per cubic metre for agricultural mycotoxins.

Based on this, there's little evidence that airborne mycotoxins can reach high enough concentrations to cause health problems for most of us.

But indoor environments could be different, and mycotoxins just might be playing a role in making those of us who spend a lot of times indoors sick.

This new research looked at fungi such as Penicillium brevicompactum, Aspergillus versicolor, andStachybotrys chartarum. These are often found growing in the damp corners of bathrooms or poorly ventilated bedrooms, where their spores and bits of root-like threads called hyphae can drift about in the air.

The study involved controlling the air movements around a piece of wallpaper that had been contaminated with the different moulds.

The researchers then analysed the air that came off the wallpaper.

Each species of fungus shed particles at different air speeds, most probably due to their unique structures and spore arrangements.

"Most of the airborne toxins are likely to be located on fungal spores, but we also demonstrated that part of the toxic load was found on very small particles – dust or tiny fragments of wallpaper, that could be easily inhaled," says Bailly.

The fact that there are levels of mycotoxin that can be inhaled on particles smaller than spores, and that these particles can become airborne at the low wind speeds you'd find in most indoor environments, are factors that could be taken into consideration when evaluating limits of toxicity.

"The presence of mycotoxins in indoors should be taken into consideration as an important parameter of air quality," says Bailly.

The research doesn't come to any conclusions on what kinds of concentrations are commonly found in our homes and offices, or how these might compare with agricultural limits.

It's estimated that up to 40 percent of buildings in North America and Europe display visible signs of fungal growth.

As we seal up our buildings to make them more energy efficient, we might want to take into account how this could impact on mold growth and the circulation of particles that could carry their toxins.

This research was published in Applied and Environmental Microbiology.